Most people think that the use of asbestos was outlawed in the United States years ago and that as a result the risk of being exposed to the toxic substance is non-existent.

Unfortunately, the truth is that though asbestos use is now forbidden in the use of patching compounds and gas fireplaces, and certain industries voluntarily stopped using asbestos and new applications of asbestos are forbidden, those companies and products that historically used asbestos in their production are still able to use asbestos.

Furthermore, asbestos was used so widely and in so many applications prior to public awareness of its dangers that it is present in many surrounding that we assume are safe.

As long as the asbestos is contained and intact, it is considered safe to be around, but as it becomes exposed and starts to break down into fibers and dust so that it can be inhaled or ingested, it becomes just as dangerous as it was for those who were exposed to it on the job decades ago.

This is why so many health and safety advocates are still working to ban its use, as well as to make the public aware of its dangers.

The attorneys have been winning large settlements and jury awards for the victims of mesothelioma for over twenty years. Contact us to see how we can help you as well and inform you about the 30 billion asbestos trust fund that you may be eligible for.

Asbestos is a mineral that is found in nature. It has been mined from sites around the world for centuries, but only for the last two hundred years or so in the United States.

Asbestos has long been considered a highly useful product because once mined it can be separated out into strong fibers that are extremely strong and resistant to heat and fire. As a result it has been used in a variety of applications ranging from construction to insulation and is present in settings ranging from residential to military to educational.

People who have worked in and around asbestos, whether mining it, transporting it or using it to create other products, or those who have worked in environments where it is present, are at risk of inhaling or ingesting it when the material breaks down.

Prior to awareness of its dangers, workers were not protected at all; these workers are now being diagnosed with mesothelioma as their symptoms are just starting to develop now, fifty years after their exposure.

And people are still being exposed to asbestos today in a variety of ways, because the asbestos that has been in place for years is beginning to break down, or because it is exposed as a result of disasters such as weather damage, or by improper demolition of a building.

As an example, a tremendous amount of asbestos was released into the air of Lower Manhattan following the collapse of the two Word Trade Center towers on 9/11. 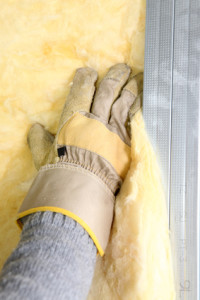 There are a number of occupations and occupational settings that pose a particularly high risk of exposure to asbestos. They include:

If you work in any of these industries, or have worked in a setting where you were exposed to asbestos and have been diagnosed with mesothelioma, you may be entitled to compensation for the impact that the disease has had on your life.

The experienced mesothelioma lawyers at Danziger & De Llano can help you assess what your eligibility is and assist you in filing a claim against the company that put you at risk.

Although it is expected that the number of mesothelioma cases diagnosed each year will peak in the year 2020, that does not mean that the risk of exposure to asbestos has disappeared. In fact, there are growing concerns about the hidden dangers of asbestos that was used in the construction of schools where America’s children are being educated every day.

Asbestos was used in wiring, insulation, even flooring products in schools, and as these materials break down as a result of age, both educators and the children are at risk, and there have been documented cases of both teachers and children being diagnosed with mesothelioma and with other asbestos-related diseases.

As a result, the EPA has ordered that schools undergo constant inspections.

The manufacturers and purveyors of products that contained asbestos were aware for years of the risk that was being posed to their employees, their customers and many others for years, yet they avoided providing warnings or protection to those innocents in the interest of continuing to earn a profit.

Receive the latest information, news and tips about filing your asbestos claim straight in your inbox

We will never spam you or share your info